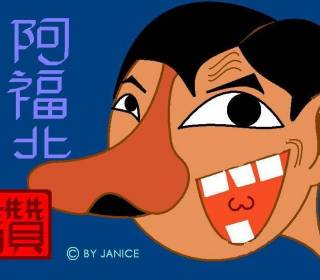 Biography: Tien-Fu Chen received the B.S. degree in Computer Science from National Taiwan University in 1983. After completed his military services, he joined Wang Computer Ltd., Taiwan as a software engineer for three years. He was in charge of designing Wang operating system kernel. From 1988 to 1993 he attended the University of Washington, receiving the M.S. degree and Ph.D. degrees in Computer Science and Engineering in 1991 and 1993 respectively. He is currently a Professor in the Department of Computer Science and Information Engineering at the National Chung Cheng University, Chiayi, Taiwan. His current research interests are System Architectures, System-on-Chip Design, and Embedded Software Systems.

In past years, he had published several widely-cited papers on dynamic hardware prefetching architectures and designs. In recent years, he has made contributions to processor design and SOC design methodology. He was actively involved in the design of 8-bit CISC/RISC microcontrollers and also the CCU32 Project, which builds a 32-bit RISC processor core, low-power architecture techniques as well as related support tools and verification environment. The 32-bit processor IP implementation has been used in industrial products. In recent years, he is focusing on building multithreading multicore processors and their SOC platform. His current research is actively in developing a brand-new VLIW high-end processor, called UniCore® (unified RISC/DSP processors). The new design is expected to be the first innovative embedded processor in Taiwan academia.

To make solid background in SOC, he thoroughly studied and rework the embedded Linux and real-time kernel as a target for Linux on chip. He proposed an event-driven threading system architecture, which may solve the scalability problems in embedded networking servers. The work flourished an embedded proxy system server, which has been transferred to an industry company. The throughout experience from embedded systems to VLSI processor design makes him more solid in the research of software/hardware codesign and related system issues for SOC design. His core knowledge and experience in system implementations have earned him the distinction of being able to closely collaborate with hardware and software colleagues as well as to glue several teamwork projects.